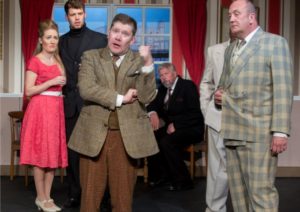 “It is fast, furious, daft and devilishly difficult to stage with major set changes, a script that demands impeccable timing on every page, a large cast who all have to be convincing and with not a single character that could be described as even vaguely normal.

So for an amateur company to even attempt it is brave, or even foolhardy, and then to pull it off as well as Sutton Arts has done is nothing short of a triumph.” 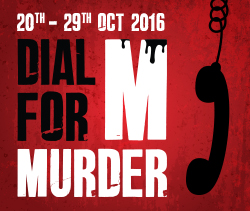 “Director Debbie Loweth has kept a tight rein on the pace, building the tension nicely to the clever climax. There are plenty of nice, small touches which add a natural feel to the action and the plot is first laid out quite beautifully so we know all the whys and wherefores, than bit by bit they are all pulled back in create a final scene revelation.”

Jack and the Beanstalk 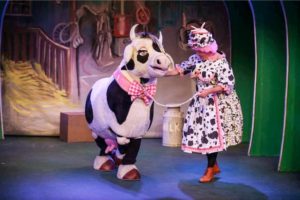 “The tone for the whole panto is set by the opening big number with more than 20 cast on the small stage which says loud and clear this is a show that means business. It might be panto but it has been given the same production values as a full grown musical!” 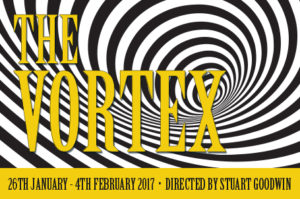 BLANCHE Dubois is a dream part for any actress and Emily Armstrong turns in a dream performance as the fragile, insecure, aging Southern Belle.
She is simply superb, well worth the ticket price alone, not that she is the only actor or reason for seeing this fine production which makes its mark from set to sound and acting to lighting.
Set against that is sister Stella, played by Phebe Jackson who is turning into a fine all round actress. Robbie Newton, another Sutton Arts regular, shows his wide-ranging talent again as Stan. Another star of the show is the brilliant set, designed by Mark Nattrass. merged with the theatrical pace needed to keep everything moving along. With a splendid cast the result is a very professional amateur production.