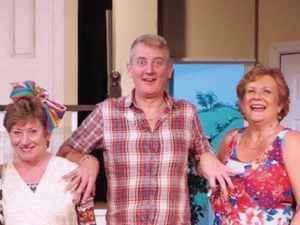 “Director Emily Armstrong has assembled a very strong cast. The pivotal second act is handled adroitly, with skill, timing and energy. Inventive, funny and incessant, I, along with the rest of the audience, roared with laughter. This production was dedicated to long serving Sutton Arts member Davina Barnes, who sadly passed away…Emily Armstrong, the cast, and the Society did her proud with this fine production.” 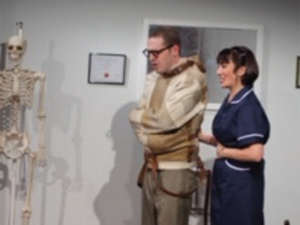 “With just four characters and a cast of three, this is a demanding production for the cast. Director Vida Green has done a fabulous job. Technically, it is a challenging show, and with many extended speeches, keeping the audience engaged is a constant concern. Fortunately, her cast are superb providing no weak links, just wonderfully compelling performances. An unusually edgy choice by Sutton Arts, a choice which was wholly vindicated by the response from an audience who were captivated by the play’s progress, and who demonstrated their appreciation by more laughs than I have heard in many comedies, and a rousing reception at the end.” 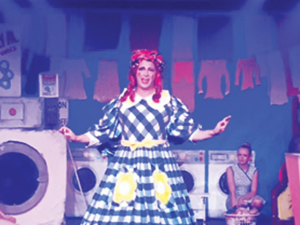 “Panto is as integral a part of the festive season…fortunately, in the hands of Sutton Arts Theatre the tradition, and production, was in safe hands. Casting a show such as this is difficult. Finding performers who can act, dance, be comic and sing, stretches the talent pool to its limits, but directors Emily Armstrong off stage, and Dexter Whitehead on it, have come up trumps with a fine cast. Production values are strong. The dance sequences are very tight thanks to a talented team, and choreographer Emma Brookes, with the backline as in time as the front. Sutton Arts can be proud of a very good show which delivers all that is required for the run up to Christmas.” 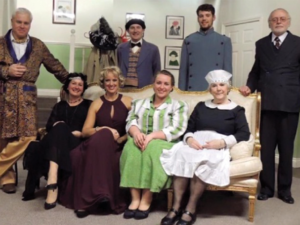 “Co-Directors Hazel Evans and Mavis Atkinson have done a first-rate job at bringing it to the stage, bringing their considerable, and formidable, experience to bear. Fortunately, they have a strong cast to work with. The cast consistently raised laughter with some good lines, and enthusiastic character acting making for an enjoyable night out. Hazel and Mavis have done a sterling job to squeeze the very best out of the script, as have the cast.” 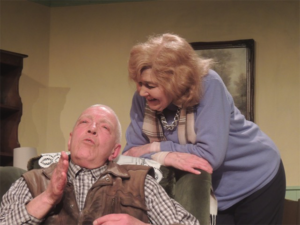 “Director Barrie Atchison is associated with his skill at producing farce. Here he demonstrates his grasp of pace in quite different ways. Silence, gaps, pauses, and distance are all used to profound effect. His task was not made easy by an absence of stage directions, props and set scheme by the author, the script being presented to him almost as a radio play. He delivers a drama of beauty, part funny, part tender, part lament for loss of people and a way of life. A life in which we are all just visitors.” 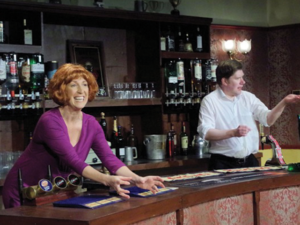 “Two is a two hander, the clue is in the name perhaps; two actors playing 14 parts. Not all actors can play seven different roles in a season let alone an evening but if the actors are good enough, as here, they bring the characters to life, their chameleon-like changes a necessary part of the play. It is emotional, raw, moving and strikes a nerve with every parent and grandparent as the finale of two fine performances…There is another star though, the pub set from Colin Edge and his 15 strong team is worth a bow on its own, probably the best I have seen for the play. The result is a very solid, slick, confident and entertaining production of a much loved play. It’s well worth popping in for a look . . . and don’t forget to have a swift one, or two, while you are there.” 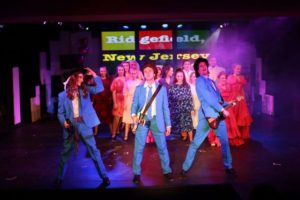 Sutton Arts brings you the musical comedy “The Wedding Singer”, following the huge success of our award winning production, West Side Story in June 2015.

A bank of six video screens with both graphics and visuals along with two smoke generators all add to the atmosphere in what is a very entertaining and very funny production with many of the laughs coming from throwaway asides. The result is a fun, entertaining show which saw everyone leaving with a spring in their step and a smile on their face.

Behind The Arras Winner best musical 2016

Back to Production Reviews