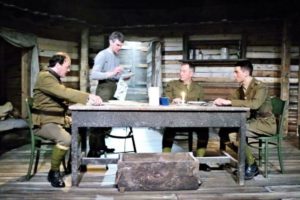 “This is a admirable production of a play…A fitting tribute to mark the centenary of the commencement ofthe First World War and Sutton Arts pay homage to that realism but beyond that it is well worth seeing as a drama in its own right.” 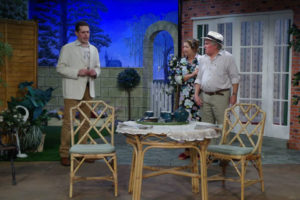 “This set piece was so well despatched. The cast firing on all cylinders earning warm applause and much laughter.”

Nominated for the award for NODA Best Drama 2014 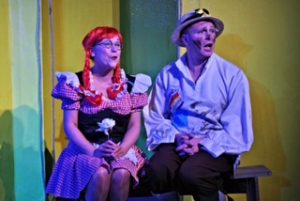 “A panto well worth a gander…The howls of laughter and warnings from the children in the audience testify to its success as a family friendly, crowd pleasing production complete with slapstick, singalongs, audience participation and double entendres.” 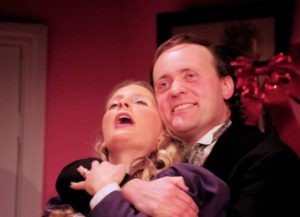 “This production is the latest example of the bold programming by Sutton Arts Theatre…
A strong, powerful production of a very good play.” 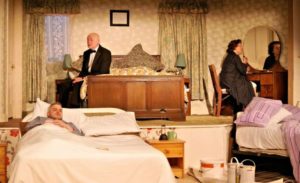 When you ask Barrie Atchison to direct an Ayckbourn play it’s like recruiting Jose Mourinho to manage your football team, you are guaranteed a safe pair of hands, and success. And so it proved on opening night…A witty and rewarding evening’s entertainment.” 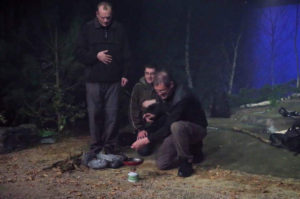 “This is an ensemble piece and every actor works hard to produce a team production…An appreciative audience enjoyed an entertaining show.” 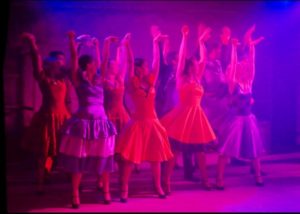 COULD it be? Yes, it could. Something’s coming, something good . . . and it has  arrived in triumphal style in Sutton Coldfield.

A huge cast and an orchestra bigger than most professional touring musicals can muster, took on perhaps the most iconic and difficult musical in the theatrical repertoire, and won handsomely.

Winner Behind The Arras Best Musical 2015

Back to Production Reviews